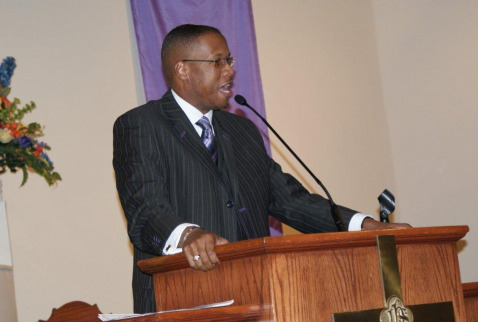 Smith began preaching at 13, conducted radio ministry in Louisville for over 20 years, has pastored for over 22 years, and has preached in more than 25 states. In addition to his Pastoral Ministry, Dr. Smith gives administrative leadership as the Executive Vice President of Simmons College of Kentucky, serving under the leadership of Dr. Kevin W. Cosby, President. He led the College's Committee on Accreditation Preparation which after an 8-year process ultimately prepared Simmons to be fully accredited by the Association for Biblical Higher Education (ABHE) on February 19, 2014.

From 2009 to 2014, Dr. Smith served as President of Louisville's Interdenominational Ministerial Coalition, which focuses on educational attainment, economic development, social justice and Kingdom building efforts among the Christian faith community of Louisville.

Pastor Frank has served on the Mayor's Transition Team, is a 3-term member of Louisville's Workforce Investment Board (KentuckianaWorks), and is respected throughout Louisville for his rigorous community engagement, involvement, and leadership. Pastor Smith serves as a Chaplain for his Father-in-law's funeral home, Perryman's Mortuary. Pastor Smith also served for three years on the Continuation Committee of the North American Christian Convention.

He is happily married to Theresia L. Smith (Perryman) since October 2002, and nurtures one son, Jayson.

Pastor Smith strives to live a motto befitting that of the Apostle Paul, as found in I Corinthians 9:22, “I am made all things to all men, that I might by all means save some.”